Born in Strasbourg, France in 1972, Raphael is married to Karen, and the father of four children:  Josiah, Abigail, Lisa and Matthew. At the age of 22 during a camp in Praz-de-Lys, France where he was a counselor, Raphael understood for the first time what it meant to take his faith seriously.  This experience radically changed his life, and it was there that he decided to consecrate his life to the Lord’s service.  In 1996, after receiving a Master’s degree in Economics, he and Karen were married.  They then left for Chad, where Raphael was the CFO and CEO of the Bebalem Hospital for two years.  After a brief stay in France, they then moved to South Carolina for five years so that Raphael could pursue seminary classes at Columbia International University.  He has since received a Master of Divinity in Leadership, Evangelism and Discipleship, a Doctor of Ministry in Missions and a Doctor of Philosophy in Intercultural Studies.

During his five years in the United States, Raphael had two encounters, which would significantly influence his vision for the French speaking world.  The first encounter began in 1999 at Michelin where Raphael worked part time as an IT engineer to finance his education and to support his family.  French students from France’s “Ivy League” schools spent many months doing internships at Michelin.  As Raphael met and shared with them, God gave him a burden for this generation, who are searching for the meaning of life.  The second encounter was with the evangelist Leighton Ford, who spent 30 years traveling the world with Billy Graham before beginning his own ministry of training and equipping young evangelists.  God used Leighton’s program to confirm the call for evangelism that he had placed on Raphael’s life.

In 2004, Raphael met with the steering committee of France Evangelisation and shared with them the vision that God has given him, to preach the gospel of Jesus Christ, and to train a new generation of workers for God, young people who are grounded in the faith, and involved in evangelism and church planting.  In September of 2004 he began a yearlong internship under France Evangelisation and in partnership with GBU (Intervarsity France) and France Mission (a church planting denomination).  At the end of this internship, Raphael joined France Evangelisation and their team of evangelists, and since September 2005, he has also taken on the position of CEO and President for that ministry. In 2006 he co-founded the Global Evangelists Forum, a movement dedicated to the revival of the ministry of the evangelist throughout the French speaking world. He has served as CEO since its foundation. He also developed a curriculum to train emerging evangelists, called R2E. One hundred young evangelists have since graduated from this program.

In 2010, he moved with his family to Loches (Touraine, France) and created the first Church-Planting Regional Center. He oversaw the planting of three new churches and the launch of a new center in Lyon.

In 2017, Raphael joined the faculty of Columbia International University as Adjunct Professor of Intercultural Studies and taught classes on Biblical Theology of Missions and Missions in a Secular Age.

In 2018, Raphael moved his family back to Nice, France. He has since launched the imagoDei.fr platform which serves as a cultural apologetic media for the French speaking world. He is currently serving as its President.

In 2022, he moved his family to Montreal, Canada to become General Secretary of the French-speaking Baptist Union. 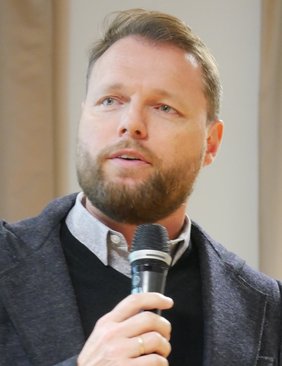